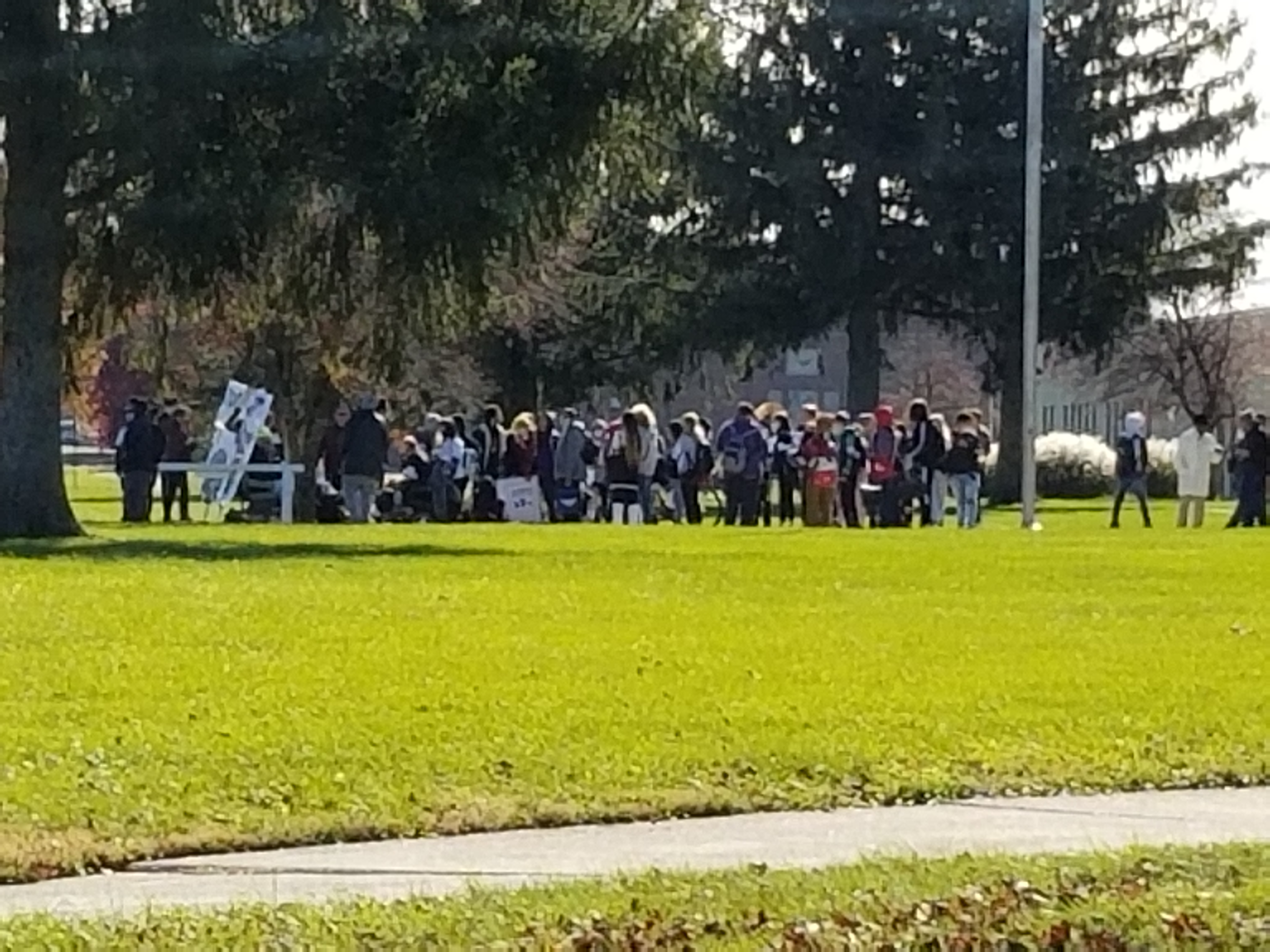 As school dismissed today, it was difficult at first to see the difference between students going home for Thanksgiving break, and those that were part of what was organized as a protest, as part of last week’s situation at Muncie Central High school, reportedly between school resource officers and a student, related to poster-projects hanging in a school hallway. What appeared to be approximately 50 to 75 students gathered with some adult onlookers, stood and spoke in front of the main entrance to the school in a cold, sunny day. At just before the 1 p.m. dismissal, a handful of people were seen to be walking toward the school, at least one with a small protest sign in hand – it was not known if they were students. The plan was to walk to City Hall and then back to Ball Recreation Field.  By 1:40 p.m.,  they started their peaceful walk towards City Hall. 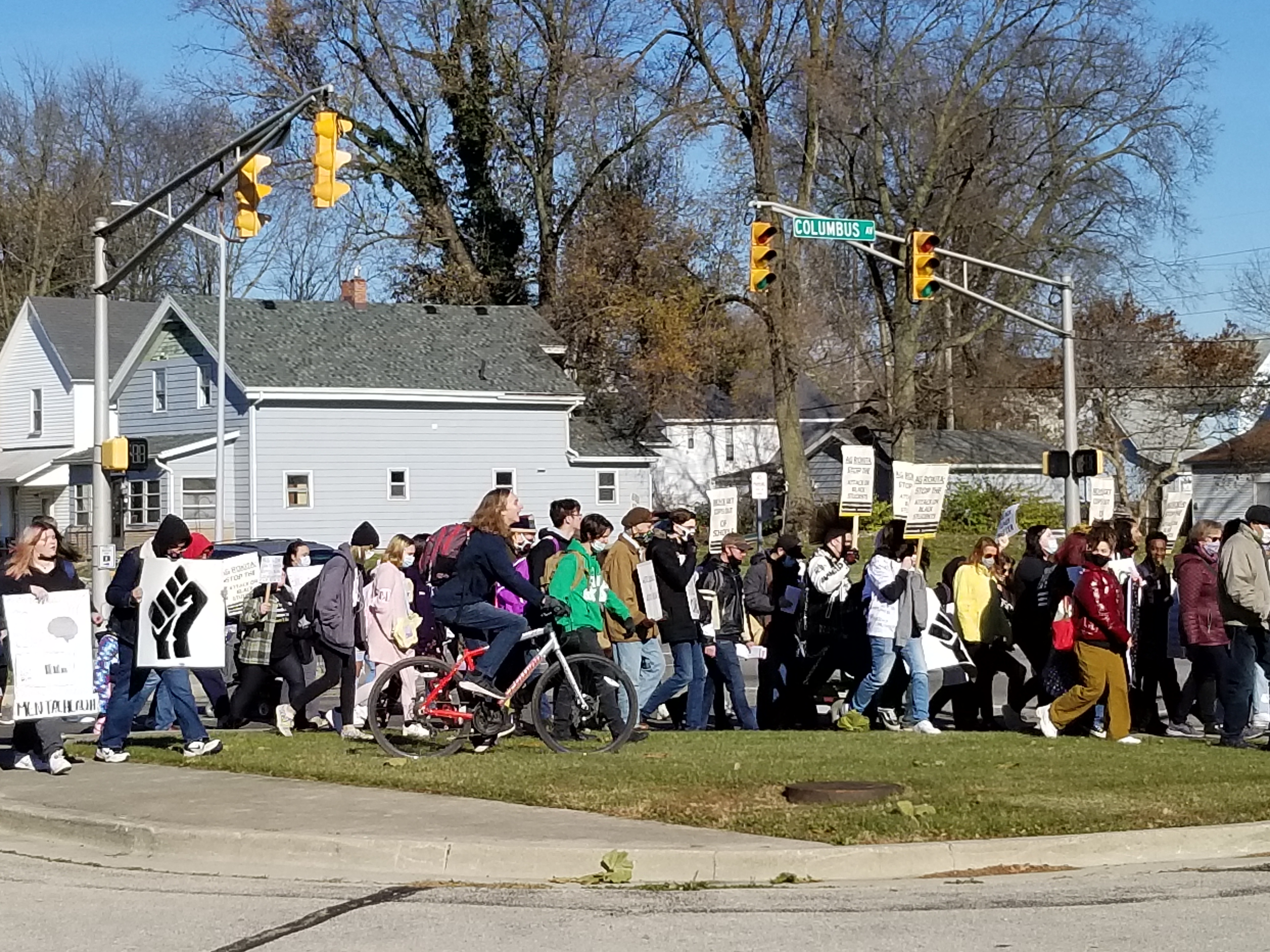 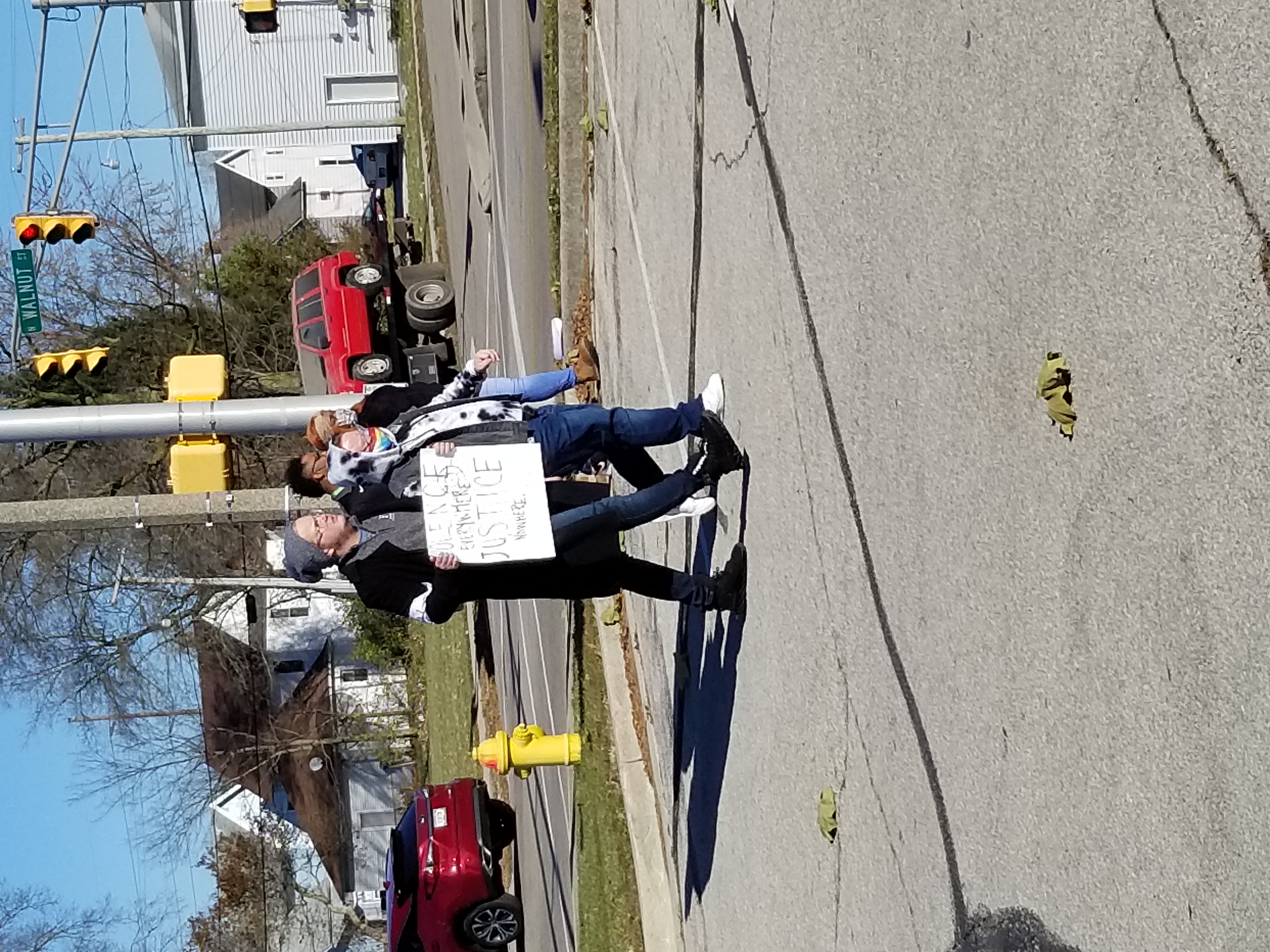 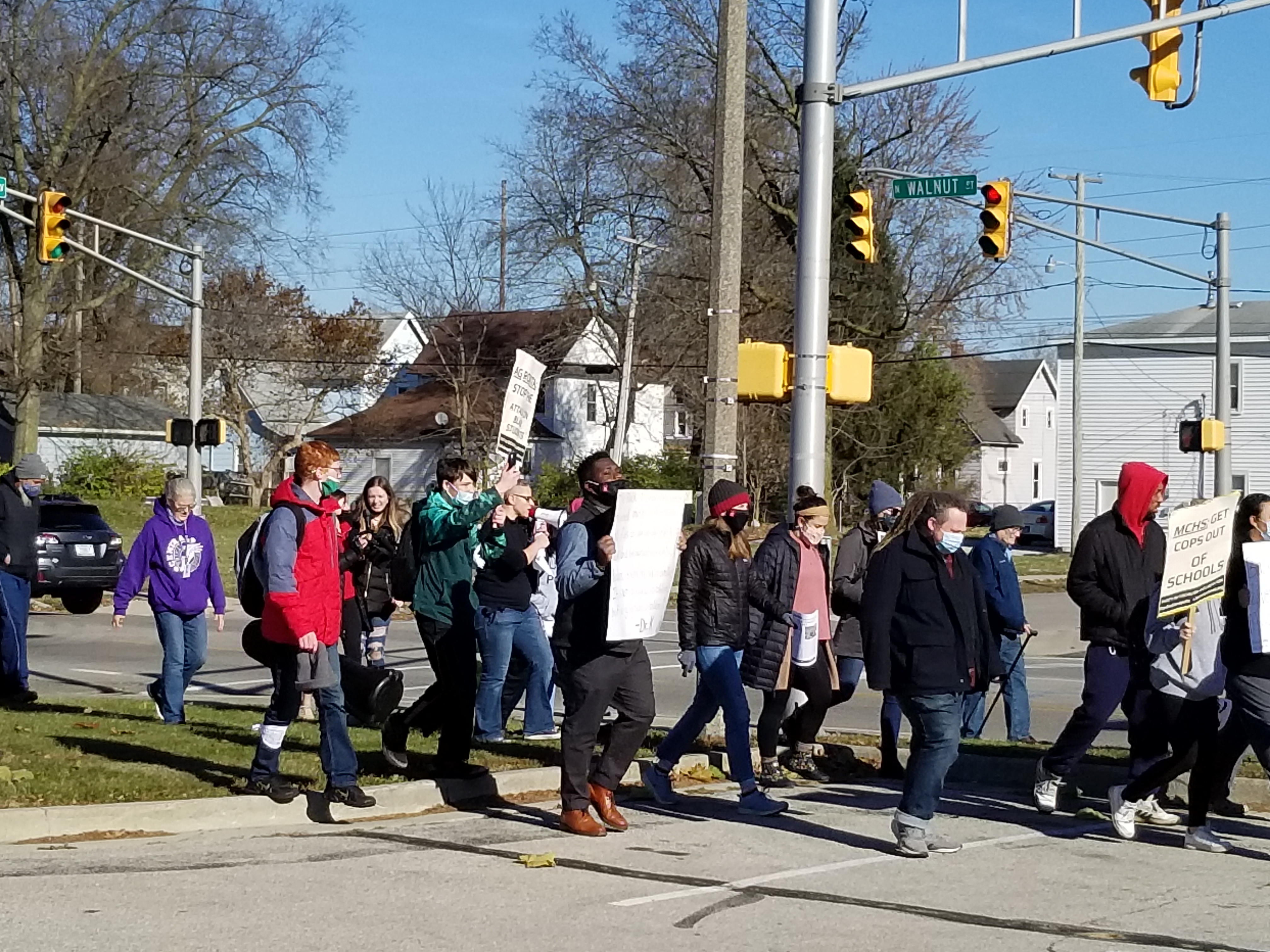 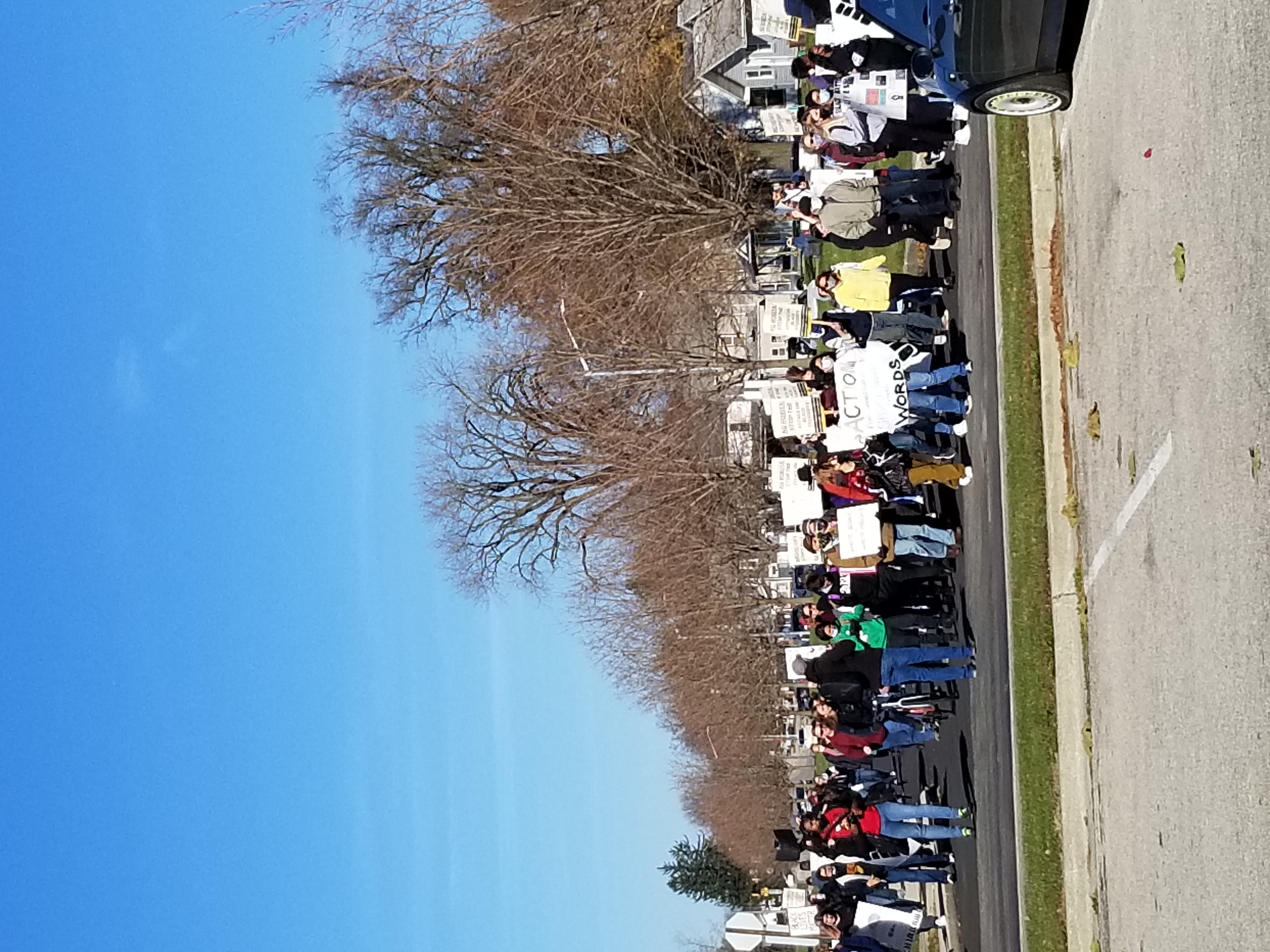